He (pbuh) supplicated for Hudhayfah (RA) the night that we sent him to spy on the ahzab when they came to attack Madinah that he not feel cold and he did not feel cold until he returned.

He (pbuh) supplicated for Abbas (RA) that Allah grant him understanding of the religion and it was so.

He (pbuh) supplicated for Abu Talhah and his wife, Umm Sulaym, that he bless them in the night they had spent together and she became pregnant and gave birth to Abdullah. He (pbuh) had nine children and all of them were scholars.

He (pbuh) supplicated for the mother of Abu Hurairah (RA) that she be guided and Abu Hurayrah left to find her that she had accepted Islam.

He (pbuh) supplicated for Imm Qays bin Muhsin, the sister of Ukkasha, that she live a long life as she did.

The Prophet (PBUH) turned to Abu Dharr Al-Ghifari and said, “The sky has not given shade to, and the earth has not carried, one with more truthful speech than Abu Dharr. Whomsoever it please to look at the Zuhd of Isa bin Maryam AS, then let him look at Abu Dharr”

He (pbuh) said to Ali (RA). “O Ali, are you not pleased to rank with me as Harun ranked with Musa, except that there is no prophet after me.”

“Patience, O family of Yasir, for your (final) destination is Paradise.” This he (pbuh) said when Ammar, Yasir and Sumayyah were being tortured in the hot sands of the desert.

With regards to Abdullah bin Mas’ood, he said, “Whosoever wants to hear the Qur’an fresh as it was revealed, then let him hear it from Ibn Mas’ood”

About Umar (RA), he said, “Indeed, Allah has placed the truth upon the heart and tongue of Umar.”

About Salman Al-Farisi (RA), “Salman is from us, the People of (My) Household.”

“the most knowledgeable of my ummah in matters of halal and haram is Mu’adh ibn Jabal.”

Anyone who asked anything the Prophet (PBUH) would give.

Narrated Khabbaba: I came to the Prophet (ﷺ) while he was leaning against his sheet cloak in the shade of the Ka`ba. We were suffering greatly from the pagans in those days. i said (to him). “Will you invoke Allah (to help us)?” He sat down with a red face and said, “(A believer among) those who were before you used to be combed with iron combs so that nothing of his flesh or nerves would remain on his bones; yet that would never make him desert his religion. A saw might be put over the parting of his head which would be split into two parts, yet all that would never make him abandon his religion. Allah will surely complete this religion (i.e. Islam) so that a traveler from Sana to Hadra-maut will not be afraid of anybody except Allah.” (The sub-narrator, Baiyan added, “Or the wolf, lest it should harm his sheep.”) Reference : Sahih al-Bukhari 3852

If you looked from a distance you couldn’t tell who was the Prophet (PBUH). He would sit like everybody else.

LOVING THEM IN A BEAUTIFUL WAY

There was a companion named Zaahir, who the prophet (s) loved. And he was a Bedouin and he would come to Madinah to sell his commodities in the market place and so the prophet (s) grabbed him from behind one day and he said: “who is going to purchase this slave” and so Zaahir, just like many people that you know, he leaned back at the prophet and he said: “I’m not worth anything”.

You know, you may know somebody who would say the same thing. And so the prophet (s), he said Zaahir said: ‘’Am not moving in the market place, I’m not something I’m not a hot product’’

BEING AWARE OF EACH ONE OF THEM

Ka’b bin Malik RA dilly-dallied and he missed going to Tabuk expedition with the Prophet (PBUH). Of the 30,000 sahaba that went with him (pbuh) he did not forget to look after each one of them and asked – “What did Ka’b do”? Meaning, where is he?

Narrated Jabir: We were digging (the trench) on the day of Al-Khandaq (the trench) and we came across a big solid rock. We went to the Prophet (PBUH) and said, “Here is a rock appearing across the trench.” He said, “I am coming down.” Then he got up, and a stone was tied to his belly for we had not eaten anything for three days. So the Prophet (PBUH) took the spade and struck the big solid rock and it became like sand.

Once the Prophet (PBUH) was traveling with his companions and when it was time to have food prepared, he asked them to slaughter a she-sheep. A man said, “I will slaughter it, another said, “I will skin it out. A third said, “I will cook it.” So the Messenger of Allah (PBUH) said, I will collect wood for fire. They said, “No. we will suffice you that work.” “I know that you can do it for me, but I hate to be privileged. Allah hates to see a slave of his privileged to others.”

He was the leader of the team and a member too. He knew he had to play a role and he took the most difficult one since it is not easy to find firewood in the desert. It was also crucial task for without fire the food will not be prepared.

When Sa’d bin Muadh was sick, the Messenger of Allah (PBUH) ordered for Sa’d bin Muadh to be treated in the tent of Rafidah Al-Asdiyyah, which wasn’t far from where the Prophet (PBUH) was, so that he could visit him frequently.

WALKING WITH THE COMPANION TO THE OUTSKIRTS OF THE CITY

The Prophet (PBUH) personally bade farewell to his companion and walked for some distance alongside Mu’adh as he rode out of the city.

“Facilitate things for the people and do not make things difficult for them. Give the people good tidings and do not repulse them.” 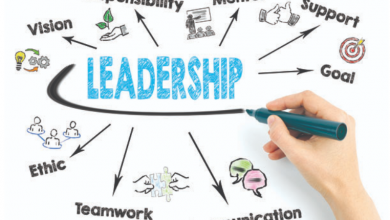 How the Prophet (Peace Be Upon Him) selected his companions 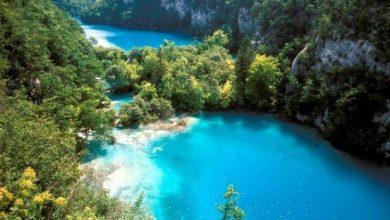 How to be with the Prophet (PBUH) in Jannah 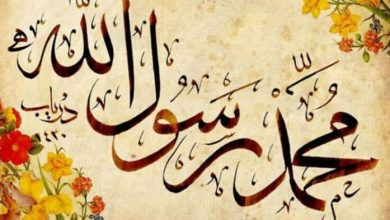 Love for the Prophet (PBUH) by his companions 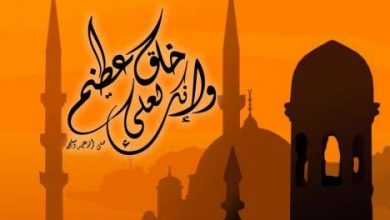 How the Prophet (PBUH) started his day