When then-Secretary of State Hillary Clinton visited Indonesia in February, 2009, she remarked, “If you want to know if Islam, democracy, modernity and women’s rights can coexist, go to Indonesia.”

Italian Foreign Minister Franco Frattini expressed similar sentiments during a conference hosted by the Italian Foreign Ministry and the Rome-based Sant’ Egidio Community on March 4, 2009. Highlighting the culture of coexistence in Indonesia, he termed the country “a good example and experiment” of a pluralist society, where people of different ethnicities and religions shared a room to live, and a place where respect for diversity could find abundant opportunities to prosper.

“Indonesia embodies the added value of cultural diversity and can become the bridge between the West and Islam on the road to world peace,” Frattini, who plans to visit Indonesia next year, told the conference. “Indonesia ensures respect for all religions, and this has led to a strengthening democracy.”

In fact, this harmonious relationship reflects the peaceful manner in which Islam was originally introduced to Indonesia, a country which has grown to represent the largest Muslim population in the entire world. [Read more: Islam in Asia]

Some scholars have perpetuated the idea that Islam’s expansion through the world was due to camel-riding, sword-wielding barbarians, essentially leading to the widely-held view that Islam was spread by the sword. Nothing could be farther from the truth. While Islam did expand into other regions through conquest, the conversion of the people of the lands was a much slower development. The well known British historian, De Lacy O’Leary, wrote in his book, Islam at the Crossroads, “History makes it clear … that the legend of fanatical Muslims sweeping through the world and forcing Islam at the point of the sword upon conquered races is one of the most fantastically absurd myth that historians have ever repeated.”

In other parts of the world, Islam simply spread via trade, and again the acceptance of Islam by the people was a gradual and complex process. Local people became attracted to the religion because of the simplicity of its doctrine. Islam calls for believing that there is only One God worthy of worship and Prophet Muhammad (pbuh) was the last prophet. It also repeatedly instructs its faithful to use their powers of intelligence and observation.

Indonesia is a case in point. Islam is thought to have first been adopted by peoples of the Indonesian archipelago sometime during the 11th century, although Muslims had visited the archipelago early in the Muslim era. According to Wikipedia, the spread of Islam was driven by increasing trade links outside of the archipelago; in general, traders and the royalty of major kingdoms were the first to adopt the new religion. Although it is known that the spread of Islam began in the west of the archipelago, the fragmentary evidence does not suggest a rolling wave of conversion through adjacent areas; rather, it suggests the process was complicated and slow.

Even before Islam was established amongst Indonesian communities, Muslim traders had been present for several centuries. M.C. Ricklefs, author of A History of Modern Indonesia c. 1300,  identifies two overlapping processes by which Islam came to Indonesia: Indonesians either came into contact with Islam and converted out of conviction for the faith per se, and/or, foreign Muslim traders who interacted with Indonesia settled in the archipelago, intermarried with the local communities, and brought Islam to those with whom they intermarried; the Muslim progeny of these initial unions then continuing the process by assimilating others into the faith through successive intermarriages over generations, as reported by Wikipedia.

Therefore, it has been universally established that Islam spread through the  Indonesian society in a largely peaceful way, and from the 14th century to the end of the 19th century the archipelago saw almost no organized Muslim missionary activity – and yet Islam flourished. Today, Muslims make up 88 percent of the total population, along with minorities of Christians, Hindus, and Buddhists. The national motto is “unity in diversity” and religious tolerance is seen as the cornerstone of relations between different faiths.

The Constitution provides for the freedom of religion, and the Government generally respects this right in practice. The Constitution accords “all persons the right to worship according to their own religion or belief” and states that “the nation is based upon belief in one supreme God.” The government also recognizes a variety of Muslim, Christian, and Hindu holy days as national holidays. [Click here to find out more about freedom of religion in Islam.]

The local governments follow suit in efforts to maintain interfaith harmony. For instance, the Government of North Sumatra continues to sponsor Forkala, an organization which unites representatives of all recognized religious groups and promotes interfaith dialogue as a way of avoiding religious conflict. Although instances of religious violence do take place, community leaders of all faiths work together to rebuild harmonious relations, at times facilitated by government officials.

Indonesia’s religious tolerance is representative of Islam’s all-encompassing nature. Historically, Muslims have respected the presence of other religions and drafted treaties to ensure peaceful coexistence. When this was not done, it was in clear violation of God’s injunctions.

Indeed, God unequivocally states in the holy book of Qur’an, “Let there be no compulsion in religion: Truth stands out clear from error.” (Chapter 2, Verse 256) Further, God instructs, “Invite (all) to the way of thy Lord with wisdom and beautiful preaching; and argue with them in ways that are best and most gracious.” (Chapter 16, Verse 125)

The Qur’an, together with the traditions of the Prophet Muhammad’s (pbuh) life, provide Muslims with a guide to day-to-day life, from marriage and family life to lawful food and drink, from modesty in dress and excellence in social manners to religious freedom and peaceful coexistence with people of other faiths. In other words, Islam encompasses all aspects of our existence, presenting its adherents with a blueprint to a prosperous life, leading to success in the Hereafter. When non-Muslims experience this essence of the religion, they are attracted to Islam, often leading to their willing acceptance of Islam. [Read more: Concept of Worship in Islam]

Indeed, Indonesia is a prime example of the peaceful manner in which Islam spread to that part of the world. The native population opened its hearts and minds to Islam and accepted it as their religion and over time, it became embedded in generations upon generations of Indonesian Muslims – eventually leading to its status as the country with the largest Muslim population in the world. 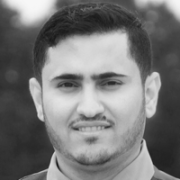