What is meant by udhiyah (sacrifice)? Is it obligatory or Sunnah?.

Praise be to Allaah.

The word udhiyah means an animal of the ‘an’aam class (i.e., camel, cow, sheep or goat) that is slaughtered during the days of Eid al-Adha because of the Eid and as an act of worship, intending to draw closer to Allaah thereby.

This is one of the rituals of Islam prescribed in the Book of Allaah and the Sunnah of His Messenger (peace and blessings of Allaah be upon him), and according to the consensus of the Muslims.

1 – Allaah says (interpretation of the meaning):

2 – Allaah says (interpretation of the meaning):

“Say (O Muhammad): Verily, my Salaah (prayer), my sacrifice, my living, and my dying are for Allaah, the Lord of the ‘Aalameen (mankind, jinn and all that exists).

He has no partner. And of this I have been commanded, and I am the first of the Muslims”

The word nusuk (translated here as sacrifice) means sacrifice; this is the view of Sa’eed ibn Jubayr. And it was said that it means all acts of worship, including sacrifice, which is more comprehensive.

3 – Allaah says (interpretation of the meaning):

“And for every nation We have appointed religious ceremonies, that they may mention the Name of Allaah over the beast of cattle that He has given them for food. And your Ilaah (God) is One Ilaah (God Allaah), so you must submit to Him Alone (in Islam). And (O Muhammad) give glad tidings to the Mukhbitoon [those who obey Allaah with humility and are humble from among the true believers of Islamic Monotheism]”

1 – It was narrated in Saheeh al-Bukhaari (5558) and Saheeh Muslim (1966) that Anas ibn Maalik (may Allaah be pleased with him) said: “The Prophet (peace and blessings of Allaah be upon him) sacrificed two white rams speckled with black. He slaughtered them with his own hand, said ‘Allaahu akbar’ and put his foot on their necks.”

2 – It was narrated that ‘Abd-Allaah ibn ‘Umar (may Allaah be pleased with him) said: “The Prophet (peace and blessings of Allaah be upon him) stayed in Madeenah for ten years, offering sacrifice (every year on Eid).” Narrated by Ahmad, 4935; al-Tirmidhi, 1507; classed as hasan by al-Albaani in Mishkaat al-Masaabeeh, 1475.

3 – It was narrated from ‘Uqbah ibn ‘Aamir (may Allaah be pleased with him) that the Prophet (peace and blessings of Allaah be upon him) shared out sacrificial animals amongst his companions, and ‘Uqbah got a sheep that was six months old. He said, “O Messenger of Allaah, I got a sheep that is six months old.” He said, “Offer it as a sacrifice.” Narrated by al-Bukhaari, 5547.

4 – It was narrated from al-Baraa’ ibn ‘Aazib (may Allaah be pleased with him) that the Prophet (peace and blessings of Allaah be upon him) said: “Whoever offers a sacrifice after the prayer has completed his rituals (of Eid) and has followed the way of the Muslims.” Narrated by al-Bukhaari, 5545.

The Prophet (peace and blessings of Allaah be upon him) offered sacrifices, as did his companions (may Allaah be pleased with them). And he said that sacrifice is the way of the Muslims.

Hence the Muslims are unanimously agreed that it is prescribed in Islam, as was narrated by more than one of the scholars.

But they differed as to whether it is Sunnah mu’akkadah (a confirmed Sunnah) or it is obligatory and it is not permissible to omit it.

The majority of scholars are of the view that it is Sunnah mu’akkadah. This is the view of al-Shaafa’i, Maalik and Ahmad according to his most well-known view.

Shaykh Muhammad ibn ‘Uthaymeen (may Allaah have mercy on him) said: “Udhiyah is Sunnah mu’akkadah for the one who is able to do it, so a person should offer the sacrifice on behalf of himself and the members of his household.” 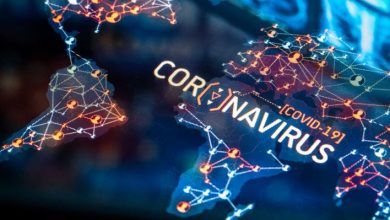 What is prescribed for the Muslim with regard to the coronavirus pandemic? 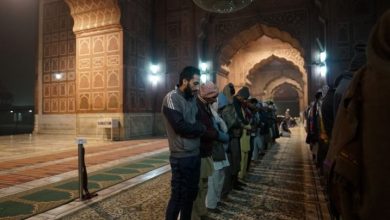